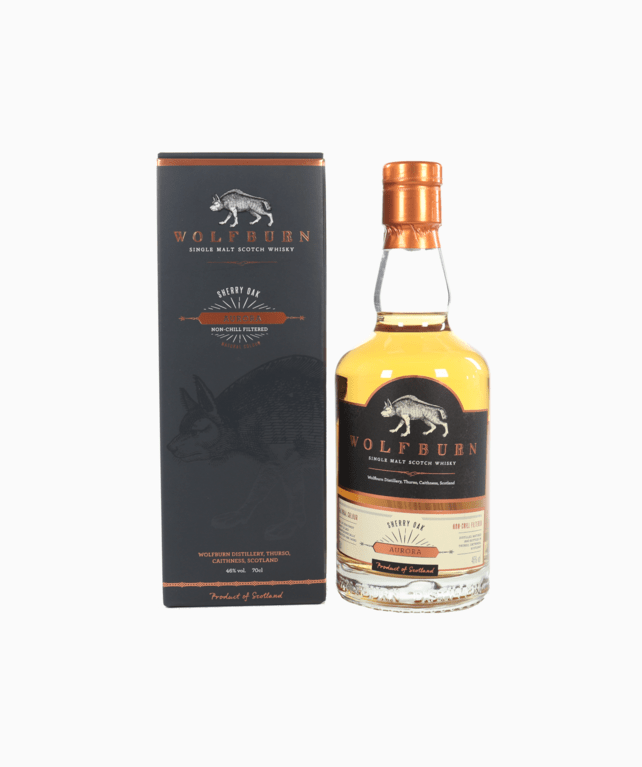 Wolfburn distillery is a Scotch whisky distillery in Thurso, Caithness, Scotland. After ceasing production in the 1850s it reopened in 2013.

In 2012 a private consortium gained approval from the Caithness planning authorities to build a new Wolfburn distillery in Henderson Park, Thurso.  The new distillery is situated approximately 350 m from the site of the old one and draws its water from the Wolf Burn (stream), whence it gets its name. The reinvented Wolfburn site consists of four buildings: the distillery itself and three warehouses for the laying down of casks. Local fabricators Forsyths were contracted to install the distillery plant and equipment. Wolfburn is the most northerly whisky distillery on the Scottish mainland and produces single malt Scotch whisky. Production commenced in early 2013.

In February 2016 the new Wolfburn distillery commenced bottling operations, in a purpose-built on-site bottling facility. The inaugural whisky was launched globally in March 2016 and has gone on to win three gold medal awards in consecutive international competitions.