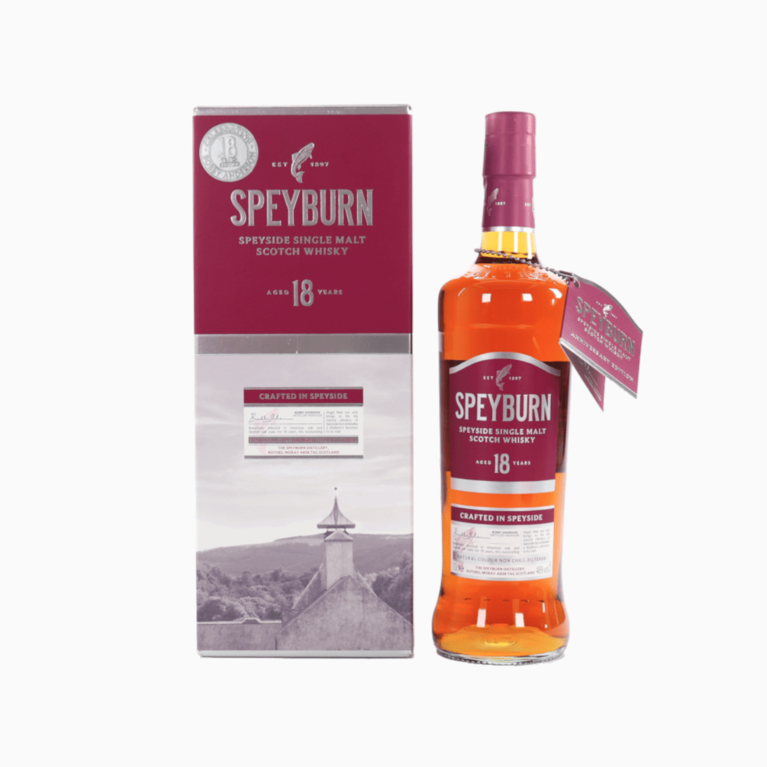 Speyburn Distillery was founded in 1897 by John Hopkins & Company for the sum of £17,000. The site was chosen by John Hopkins himself for its unpolluted water supply from the Granty Burn, one of the major tributaries to the River Spey. Hopkins appointed the famous distillery architect Charles C Doig to design the distillery and to this day Speyburn has its classic pagoda ventilator, a hallmark of Doig's design.

The proprietors, keen to have production started to ensure that the first fillings could bear the date 1897 - Queen Victoria's Diamond Jubilee - had scheduled production to begin on 1 November 1897. However, due to delays, the stills did not run until 15 December. When production finally began, the still house was without doors and windows. Under the watchful eye of the distillery's manager, John Smith, the first spirit was run off in a violent snow storm with the distillery men working in overcoats and mufflers to protect them from the elements. However, the proprietors succeeded in achieving their ambition and one butt was produced and bonded bearing the date 1897.