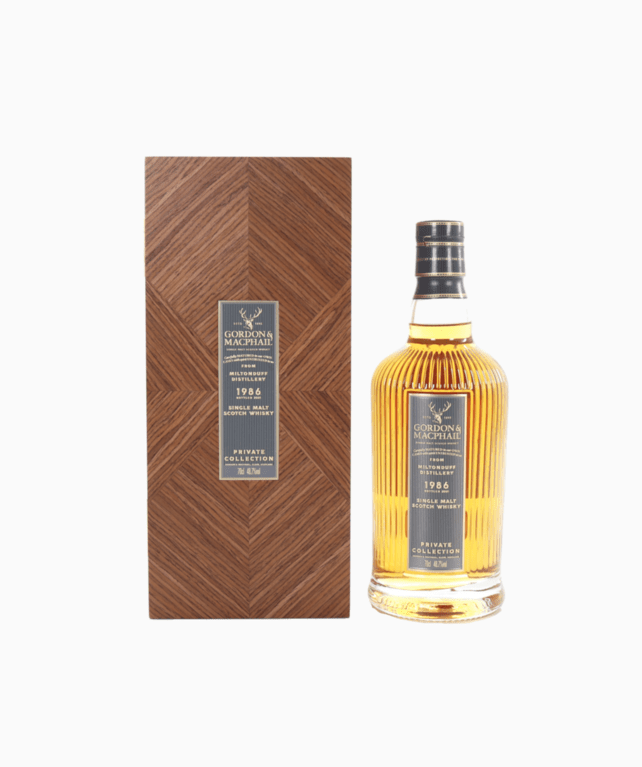 Andrew Peary and Robert Bain founded Miltonduff distillery in 1824. The distillery had previously operated illicitly on the site since the turning of the century, but following the passing of the Exercise Act, Peary and Bain established the distillery as a legitimate business operation. After debuting to a successful start in 1866, the distillery was purchased by William Stuart. In 1895 Thomas Yool & Company became part owners of the site, and a few years later Yool went on to completely control the distillery.

Two Lomond stills were installed in 1964 and were used to produce "Mosstowie" whisky but were removed in 1981. It's also worth noting that George Ballantine & Son (company) was the developer of the Lomond Still design.