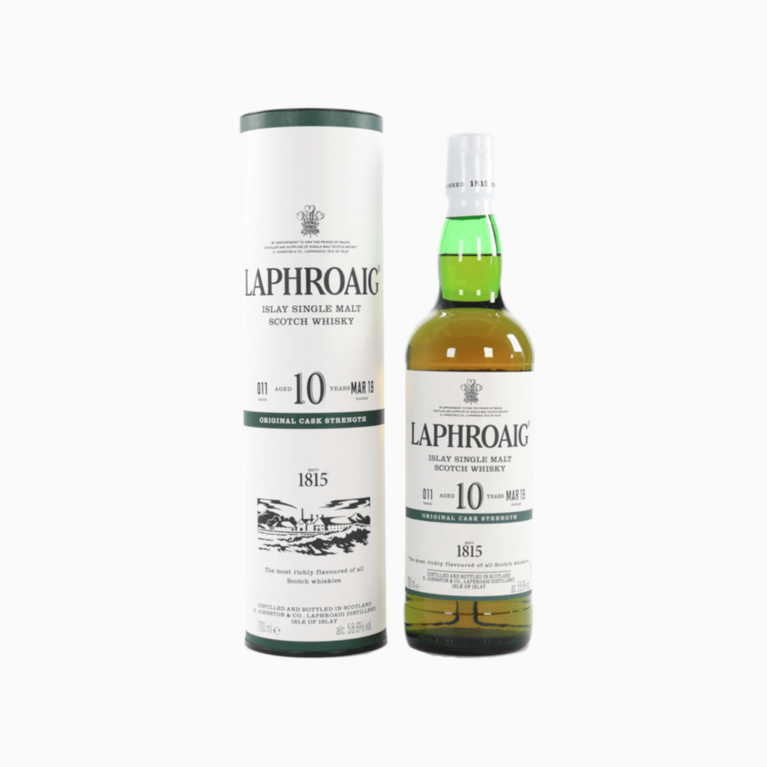 Laphroaig distillery is an Islay single malt Scotch whisky distillery. It is named for the area of land at the head of Loch Laphroaig on the south coast of the Isle of Islay. The meaning of the toponym is unknown, but a commonly suggested etymology includes the elements "lag" (Gaelic: hollow), "breid" (Norse: broad) and "vik" (Norse: bay), implying an original Gaelic form something like "Lag Bhròdhaig" (the hollow of Broadbay). The name may be related to a placename on the east coast of Islay, "Pròaig", again suggested as meaning "broad bay".

The distillery and brand are owned and operated by Beam Suntory, the American subsidiary of Japan's Suntory Holdings.