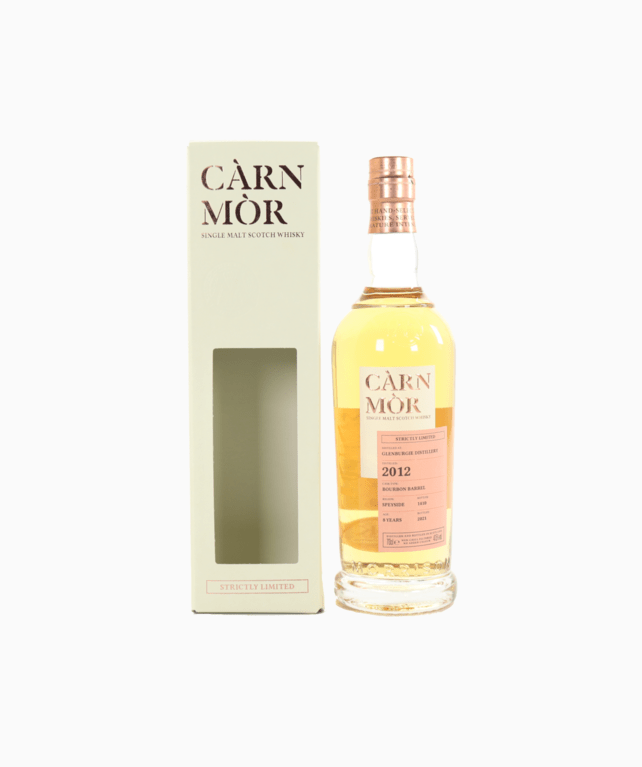 Glenburgie, also known as Glenburgie-Glenlivet, Glen Burgie or Glenburry is a whisky distillery near Alves, Moray.

In 2000, production stopped entirely at Glenburgie. The distillery was completely rebuilt in 2003-2004, only retaining the stills from the old distillery.  Soon after, in 2006 another two stills were added, bringing the total production capacity to 4,200,000 litres of pure alcohol per year.

In a new rejuvenation in 1958, two Lomond stills were installed, alongside the existing stills. The whisky distilled in these stills was kept separate from the rest of the whisky produced by the distillery, and sold under the name Glencraig.  Production continued up until 1981 when the experiment with Lomond stills was abandoned, and the stills were replaced with regular stills.