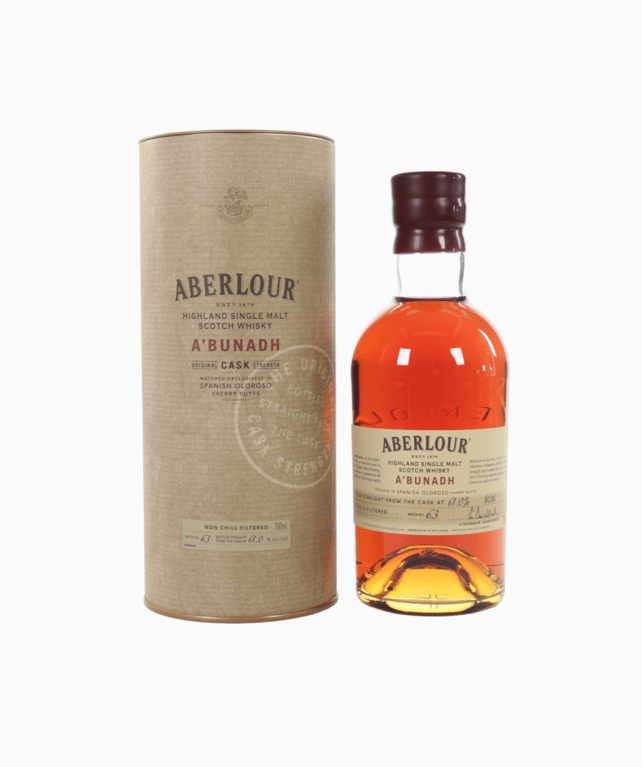 Aberlour is a distillery of Speyside single malt Scotch whisky in Aberlour, Strathspey, Scotland at the confluence of the rivers Lour and Spey near Ben Rinnes.

Most of the variants are aged in American ex-bourbon casks, a standard for many single malts  Aberlour also releases a range of malts that, after aging in bourbon casks, are finished in casks previously used to mature varieties of fortified wines or sherries, a method applied to appeal particularly to the French market.