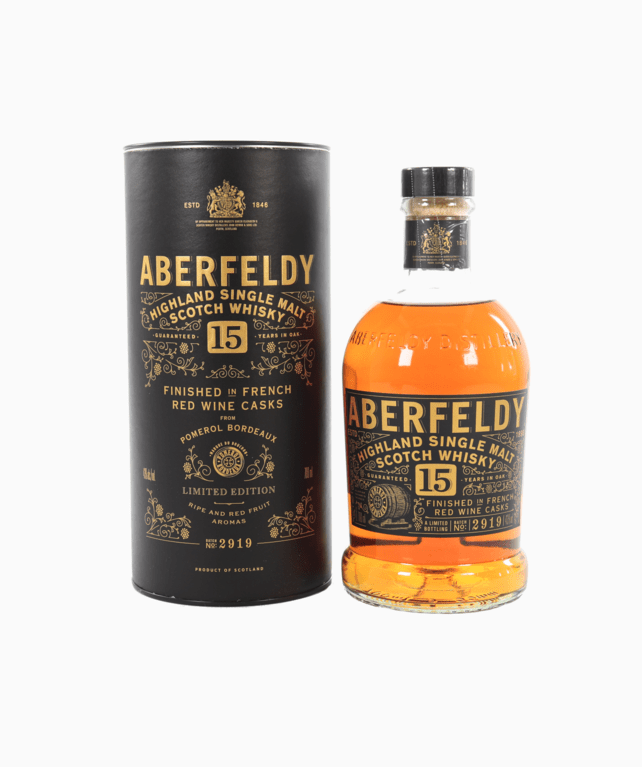 Aberfeldy Distillery was founded by the John Dewar & Sons, Ltd. in 1896 and opened in 1898. The distillery is located on the eastern outskirts of Aberfeldy, on the southern bank of the upper Tay.

The demand for barley as a basic foodstuff during World War I led to the distillery being closed from 1917 to 1919. The Second World War also caused barley supplies to be cut, and the distillery was again forced to shut down for some of this period.

In 1972 the distillery was enlarged, and the old stills were replaced by four new steam heated stills. In 1999, an Aberfeldy 12 Year Old Single Malt brand was introduced. In 2000, the Earl of Elgin opened "Dewar's World of Whisky" at the Aberfeldy Distillery: this is a centre for marketing the products and educating the public about the process of distillation and history of the Dewar's brand.