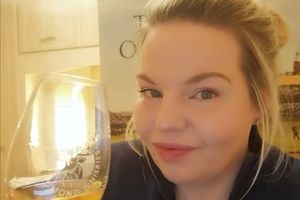 Born and bred in Aberdeen, Loch Lomond Group Business Development Manager, Fiona Sutherland has been working in the food and drink industry for many years.

Working for one of Scotland’s leading independent distillers, Fiona promotes the group’s ever expanding portfolio: Loch Lomond, Glen Scotia and Littlemill malts as well as Ben Lomond Gin and the latest addition Piaff Champagne. Her job takes her all over the country (and sometimes further afield) but mostly dealing with Scotland’s Bars, Restaurants, Hotels, Golf Resorts and Specialist Retailers. Fiona has just returned from The 150th Open Championship of which Loch Lomond Whiskies are the Official Spirit.

Before taking up her current role with Loch Lomond Group, Fiona worked across various On Trade Sectors, from The Torridon Hotel in the Highlands to Auchrannie on the Isle of Arran, to working for Michelin Star chef Michael Caines in both Glasgow and Exeter, then finally onto One Devonshire Gardens in Glasgow, fulfilling the roles of Restaurant and Bar Manager before becoming Assistant Sommelier.  She holds Level 3 advanced WSET Sommelier and Whisky Ambassador qualifications.

Her favourite Whisky (amongst almost too many to choose) is Glen Scotia Victoriana. And when not working Fiona enjoys horses, her two dogs Poppy and Rebus and as many camping trips as the good old Scottish weather allows!